The Willow Hole Cowboys near Bryan/College Station, TX is a great place to come try out the growing sport of Cowboy Action Shooting!

Cowboy Action Shooting, CAS for short, is the fastest growing shooting sport in America as well as the entire world. It includes men, women and children — so it is a true family sport.

Shooters dress in period-clothing (during the cooler months) and use firearms that were common from the Civil War era to 1898. All shooters choose an alias: a unique “nickname” that can describe their Western character, has personal significance and relates to the era.

One of the most difficult parts of CAS is coming up with an alias but there are always cowboys ready to lend you a hand. After all, that’s what CAS is about: the spirit of helping and sharing that was found in the Old West.

The matches are made up of several shooting events with a written scenario. The scenarios are western based scenes that require the shooters to role-play an old west character in a movie type setting called a “stage”. The shooter is required to act out the scenario while engaging various targets with period firearms. Most of the stages will require the shooter to use a lever action rifle, a shotgun and one or both revolvers.

Tools of the Trade

Shooters use originals or reproductions of firearms manufactured during the Civil War period to 1898. A match requires two pistols, pistol caliber rifle, and a shotgun. All ammunition must be lead bullets or shot.

Pistols – The pistols must be single-action (revolvers or cap n’ ball) of at least .32 caliber with bullets loaded below 1,000 fps.

Rifle – The rifle must be a pistol caliber in lever or slide action with an exposed hammer.  Open sights including tang mounted peep sights only — No scopes of any kind. Lead only bullets loaded below 1,400 fps.

Shotgun – The shotgun can be a side-by-side double barrel, an 1887 Winchester lever action or an 1897 Winchester Pump. A double-barrel can have one or two triggers with or without an exposed hammer. No automatic ejectors are allowed. Shotgun ammo must be no larger than 10 gauge and no smaller than 20 gauge and use #6 or smaller lead shot only. 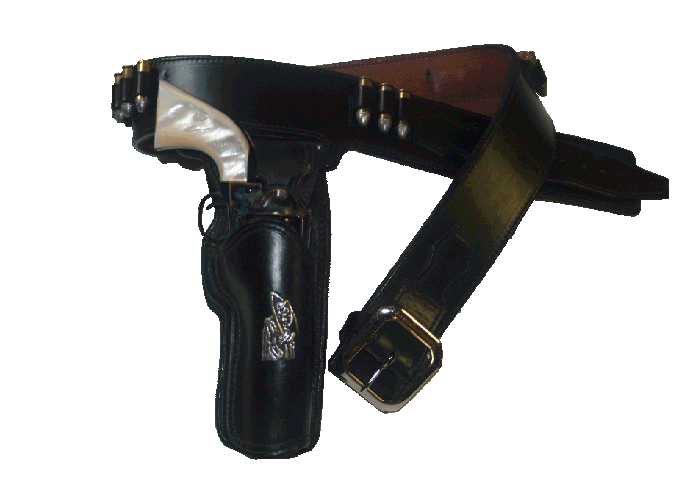 Leather – Along with your firearms you will need leather. By Leather we mean holsters, belts and shot shell slides or belts that hold these. Our advice is to remember you get what you pay for. If you opt for low end products you will find that you’ll be going back to upgrade your Leather. Now this is not a bad thing as you will have a spare set if and when you might need it but most of us don’t want to double our purchases right out of the chute. 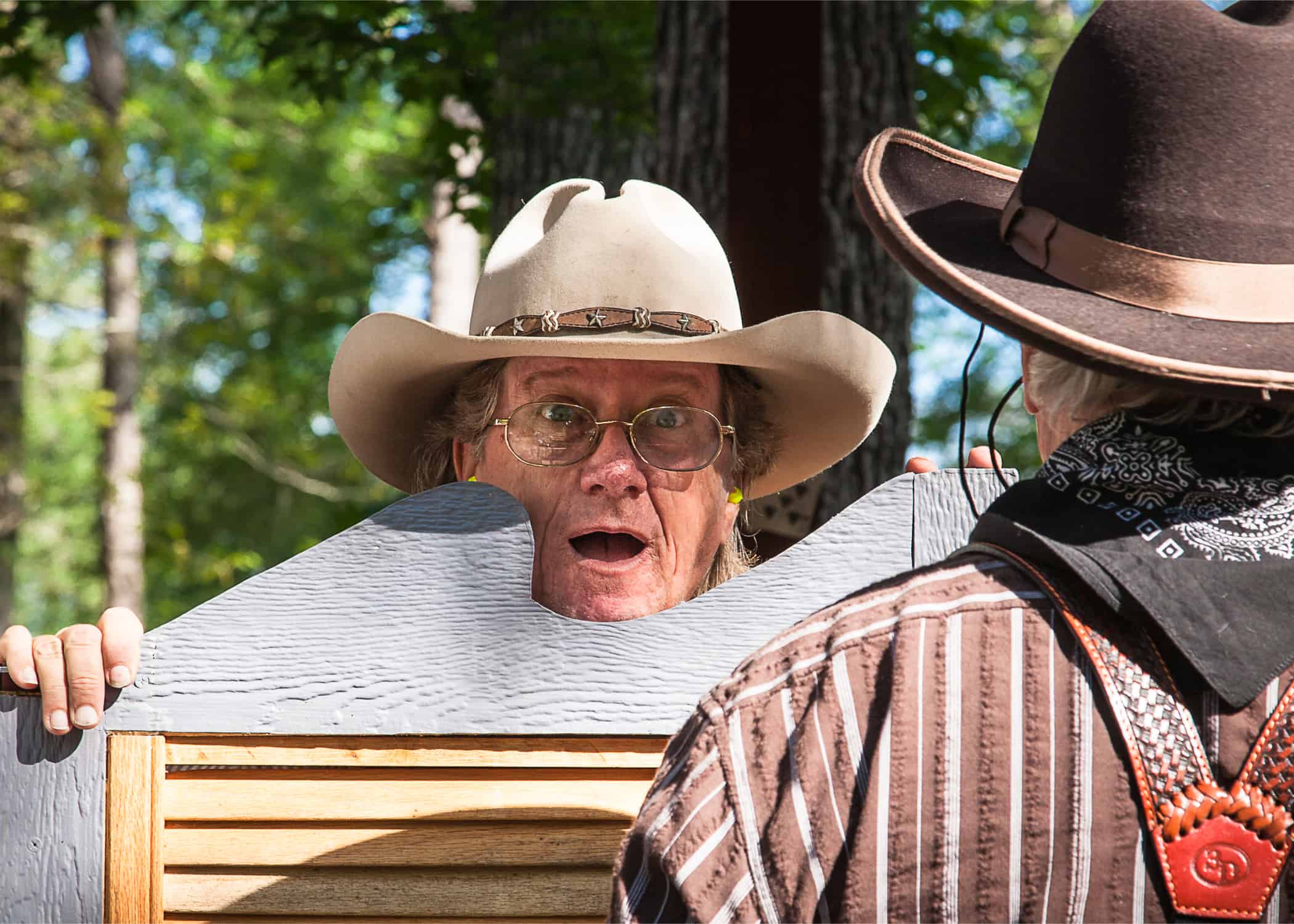 Costuming – Now we come to the cowboy costume. There are many ways to go about this from cutting off the belt loops on modern jeans and adding suspenders to going “whole hog” and buying from speciality places on the Internet. It really is all about how you want to start out (a hint: get your guns and leather — the fancy B-Western Costumes can wait a spell.

— Just remember, as we’re a Cowboy Action club, boots and a hat are required. —